Transform fangirl infatuation for the popular AMC+ spy thriller, Killing Eve, into an intriguing trailer that will re-engage other fanatical followers as we anxiously await the series return with season four. 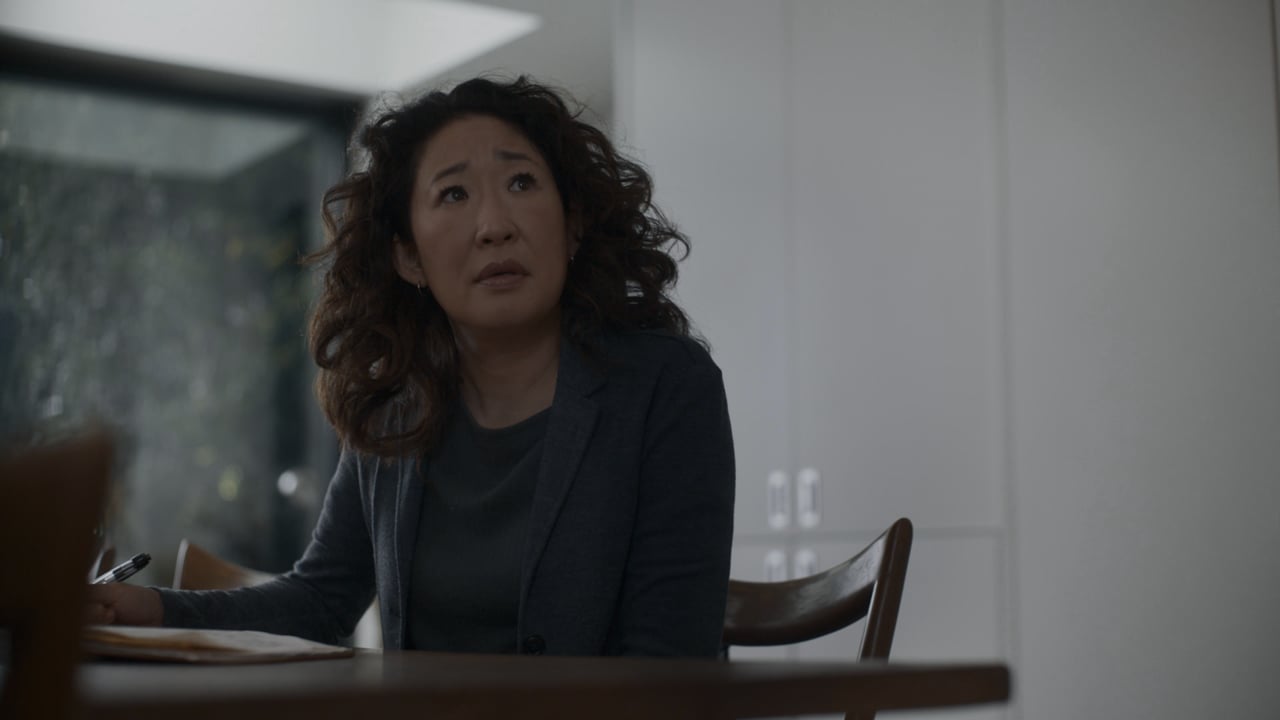 Faced with limited episodes to create a stand-out trailer, Associate Creative Director Erica Kern and Sr. Editor Nate Hoeft, along with our stellar partner, Creative Director, Vicky Lemont, set out to turn the available disjointed storyline into a captivating character-driven trailer that would reinvigorate audiences’ love for the series. While screening, the idea of exploring the ill-fated relationship between Eve and Villanelle quickly piqued Erica’s interest.

Eve and Villanelle have a magnetic attraction from the start that only builds in complexity as their cat-and-mouse game dances along the fine line of obsession. As the omnipresent push-pull of their relationship began to shape the concept and cut, Erica began developing complementary copy using anadiplosis. This rhetorical device allows us to build on the momentum of the cut as well as the spiraling trajectory of Eve and Villanelle’s relationship. Nate then elected to feature the copy as prominent full screen text to integrate with the graphics found in the series.

Seeking to provide a fresh take on Eve and Villanelle’s relationship, we focus on the evolution of Eve. Eve’s character is initially enticed by the allure of the femme fatale, Villanelle, but her role is not as innocent as she is often positioned - especially when it comes to her infatuation with this affable assassin. Instead of showing Eve as taken aback by the situation that she finds herself in by the end of season three, we opt to focus on her intentional pursuit of Villanelle - but not just as a member of the MI-6. After all, it is Eve’s obsession with Villanelle that is propelling her character forward in a way that leaves us looking forward to where the writer’s will take her in season four.

Together, Nate and Erica expertly crafted a story arc that builds on this momentum. We are first introduced to our persons of interest individually. As we uncover the complexities of their relationship we see their influence on one another strengthen. To illustrate this Nate ultimately draws an undeniable visual parallel between the two by juxtaposing their portraits combined with a progressive push in on their frames for impact. We then conclude with a cliffhanger from Eve’s perspective to drive home her transformation over the course of the series with the intent of leaving audiences questioning just what may come next.

While Killing Eve is at its heart a spy thriller, one cannot ignore the dark humor that actress Jodie Comer so masterfully commands as part of Villanelle’s character, giving viewers reason to love this otherwise murderous psychopath. With this in mind Nate sought to infuse levity using a rug pull to open the trailer as a means to distinguish the series from the start. Moments of humor that follow are carefully placed to punctuate the pacing of the edit, both giving the cut room to breathe and serving to round out the complexity of the two female leads.

The literary device, anadiplosis, comes from the Greek word for doubling or repetition. It is a device in which the last word or phrase of one clause, sentence or line is repeated at the beginning of the next. The great Jedi Master, Yoda, also brings this technique to light with his quote, “Fear is the path to the Dark Side. Fear leads to anger. Anger leads to hate. Hate leads to suffering.” – Yoda, Star Wars Episode 1: The Phantom Menace