Give us a fast paced, sound driven, expertly executed edit for the throw back espionage mini-series, The Little Drummer Girl. 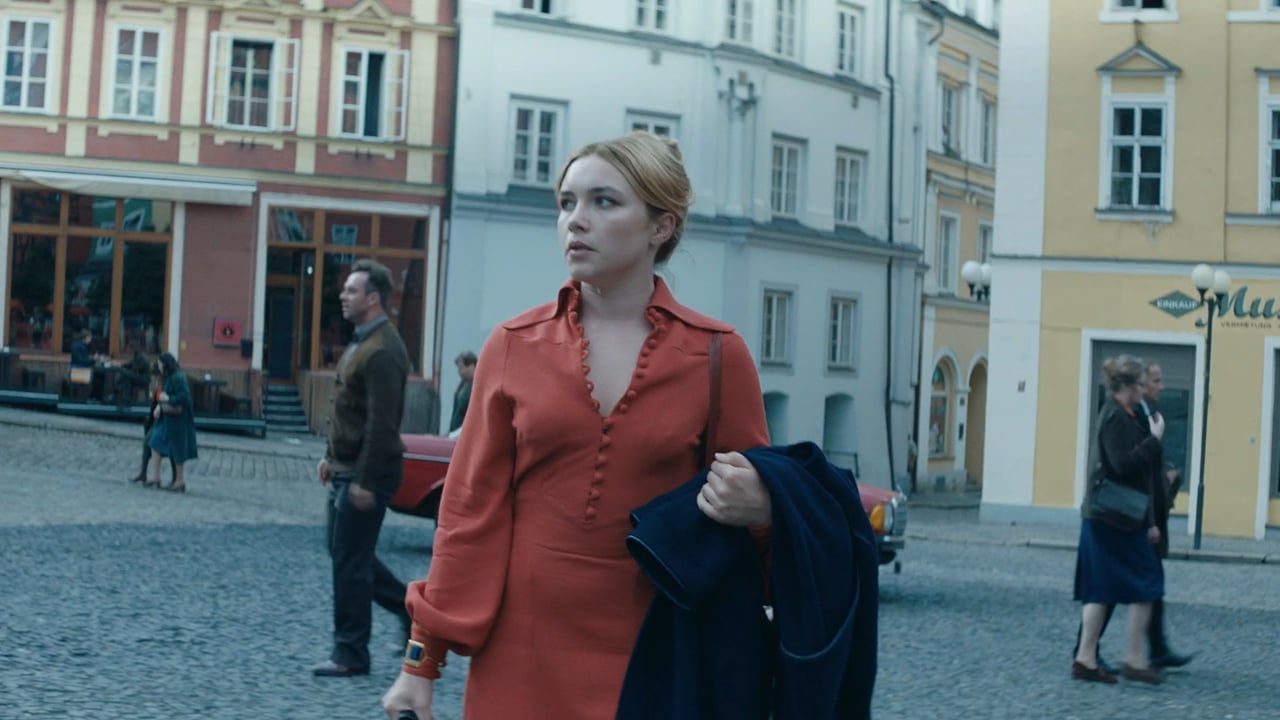 Out of all the AMC series we have worked on, this one was Sr. Editor Nate Hoeft’s favorite. Which quickly became Heather’s favorite. Set in the 1970’s, this John le Carré classic thriller is directed by Park Chan-wook, starring Michael Shannon, Florence Pugh and Alexander Skarsgård.

What drew us in was equal parts the beautiful cinematography of Woo-hyung Kim, the sheer number of stunning locations, the overall design, the stellar acting, the color grade, and of course, the pacing of the edit. South Korean Director, Park Chan-wook, who has been a fan of Le Carré since he was a teenager and read “The Spy Who Came in From The Cold,” brings his art house eye to the series. And from the opening scene to the closing line we were captivated.

With source material from an author like John Le Carré, a series like The Little Drummer Girl is going to be full of simmering intrigue, tension and likely a lot of glancing looks. But a lack of physical action doesn’t mean there isn’t enough of that trademark ‘70’s suspense to create a more modern espionage trailer. LDG is a beautifully lensed series, whose director and cinematographer have integrated Le Carré’s slow burn aesthetic perfectly into each frame.

Nate began the edit by using a very obvious and common MacGuffin-type setup: a mysterious job is the offer and someone needs to do it. Through actress Florence Pugh, Charlie is an immediately captivating subject, and throughout the show her internal struggle of what is right or wrong is constantly apparent. Her tight-rope performance is phenomenal, but what it also provides is an avenue for an editor to create more tension by revealing that she could side with either of these shadowy combatants. In fact, when watching this trailer, the audience should not be completely sure which is the “good” and which is the “bad” side.

Using a more contemporaneous and orchestral music track really elevated the material as well. Nate found a string-heavy cue which also included a suspense-building ticking element that we all fell in love with immediately. For sound design, the goal was to accentuate those moments in the show that spoke more with their action than any line of dialog could.

Picking the right moments to not only show but to hear them was useful in bridging different thematic gaps between lines of dialog.

We also loved that The Little Drummer Girl is the rare Le Carré work built around a female protagonist, Charlie, flawlessly played by Florence Pugh and always dressed in the coolest vintage 70’s clothing. The costume design in this series is on par with Mad Men, The Queen’s Gambit and Normal People. Great colors, textures and true to the times style throughout.

And that style was omnipresent from Charlie’s block-color dresses to sweeping views of the Acropolis by night, every detail tells a tale. Park Chan-wook masters visual composition and that is difficult to resist. He is quoted as saying on the subject, “I wanted to stay away from the dull, gloomy colors you would conjure up when thinking about the espionage genre,” he said. “This is a story about a civilian woman, an actress, and I wanted that vitality and life in the visual landscape.”

The character of Charlie was based on Le Carré’s half-sister, actress and “radical” Charlotte Cornwell. That is how we ended up with Drummer Girl leading lady Charmian’s name. Le Carré’s decision to base his newest spy on Cornwell arrived when he went to watch his sibling perform in the Royal Shakespeare touring company’s rendition of As You Like It. Cornwell was shouting as loud as she could to be heard above the rain pounding on the roof of a gymnasium. At that moment, he thought, “Something here.”