You Can Be Anything

Nat Geo really wants a female director to help create video content with explorer, Jenny Adler to be featured as part of the “You Can Be Anything” partnership with Mattel and Barbie. 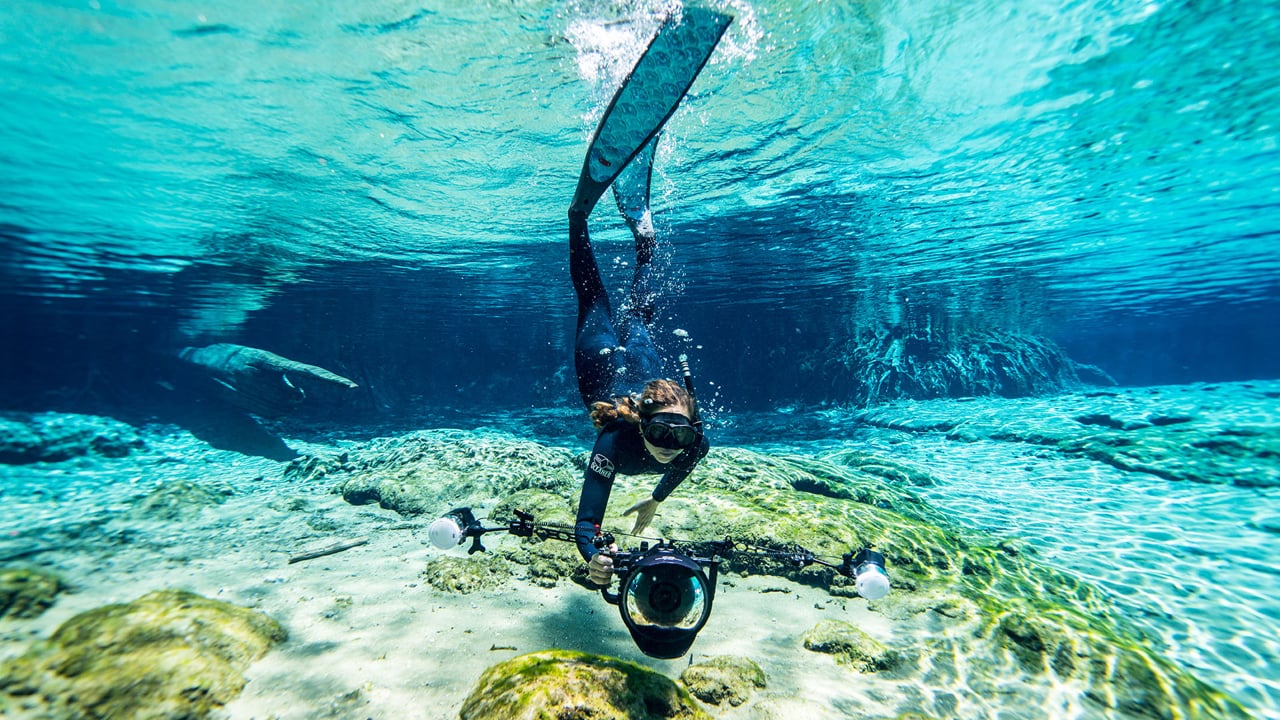 I admitted to having loved playing with dolls growing up (and was mad jealous of my older sister’s Golden Dream Barbie) and Justin admitted to really digging Barbie’s Dream Car. So the answer was a solid, YES.

To watch a brand grow and evolve the way Barbie has done, as a woman and a mother, is inspirational. Their “You Can Be Anything” collection features a veterinarian, paleontologist, professor and executive. I am 100% certain I had no idea what a paleontologist was when I was playing with Barbies back in the day. But now my daughter and many others like her can look to their imaginations and dream big. They can visualize that like Barbie, they can be ... well … anything.

Nat Geo had identified and written a script for an explorer based in central Florida, Jenny Adler. Jenny is a conservation photographer specializing in underwater photography with a focus on freshwater. She also created an environmental education program, Walking on Water, which immerses elementary school students in the springs and teaches them about the aquifer. She blends science, communications and education and seeks to understand how we can most effectively use photography as a tool in conservation and environmental education. And, she’s incredible.

We kind of knew what they were, in a way, but not nearly as much as we were about to learn. Just, quickly, did you know that there are approximately 12,000 wells associated with ground water systems used for public water supply in Florida? These wells produce water from five major aquifers or aquifer systems. The major source of ground water supply in Florida is the Floridan Aquifer System, which underlies the entire state. We learned more when we pre-interviewed Jenny over the phone, something we always strive for when working with non-actor talent, and heard her amazing story of how she began her journey into preserving fresh water springs, got into cave diving and took up underwater photography. I encourage you all to Google her and view her TedxJacksonville talk. She’s truly a fascinating person. And thanks to Nat Geo’s Melissa Marks, who may or may not be starting a side hustle in talent management, we had three daughters of friends signed up and ready to round out our cast for shoot day.

We only had one day to shoot, both topside and underwater scenes, and got straight to making decisions on location. After some research, and reaching out to Jenny’s network of recommendations around Gainesville, we narrowed it down to two choices. One was a state park, much smaller and remote BUT we could block off all public traffic to the one spring. The alternative was a much busier private park chock full of amazing aquifer potential. We just wouldn’t be able to block off any one spring as ours at any period during the day. Our amazing client agreed with our recommendation to move forward with the much prettier, more difficult option. Because the right location is always worth the fight! I encourage you all to read EP and Production Manager Monesha’s blog post on the subject here. When we arrived at Ginnie Springs for our scout we not only took note of the beautiful springs but the tourists who flocked there for a little respite from the heat (yes, you can play beer pong on a floating air mattress blasting EDM and pounding Bud Light at 10a). After casing the entire park and monitoring crowds as much as we were taking note of the light and water conditions, we decided to move up call time to sunrise in order to beat said crowds. It was a solid plan and yielded some beautiful sunrise shots over the water. The majestic bird abides.

Another issue we had to work out in the schedule was topside vs. underwater. Filming underwater takes time. Time to put the camera in the housing, time to swap lenses, time for debris to settle, etc. Because we were on a single 10 hour day, we brought in a solid underwater crew (Florida is definitely a good place to have this problem as they are home to many many underwater cinematographers) from Jordy Klein Film & Video. The Klein family has been at the forefront of underwater cinematography technology for over 50 years and Jordy Klein Sr opened the first ever dive shop on Miami Beach shortly after World War II. He also developed some of the first underwater camera technology and they have been pushing the boundaries of underwater filmmaking ever since. And we were even happier that Jenny was willing to jump into the 60 degree water both in a full wetsuit AND in just a bikini. She’s a pure champion and her willingness to believe in our creative was nothing short of awesome. She was such a dream. After we interviewed her in a 100-degree van (cause remember the patrons? …they were still there when it was time to roll audio… only this time it was evening and it was PAR-TAY time), she commented that we had spent so much time getting to know her and now she just had so many questions about US. Sorry Jenny, this is about YOU!

Jenny is the seventh National Geographic Explorer we’ve directed and interviewed over the past two years. We have worked with conservation photographers (like Jenny), a citizen scientist, and several award winning photojournalists specializing in marine wildlife and underwater environments, conflict and social issues and extreme sports and adventure. There was an archaeologist and remote sensing expert, and another explorer focused on projects related to health, food and the environment. As a company focused on non-fiction storytelling and content creation, we have interviewed hundreds of people from varied disciplines for leading non fiction brands, agencies and networks. This is our passion and we have developed a knack for making all kinds of people feel comfortable sharing their stories and acting them out on camera. Being able to experience a little of their world is always an adventure and we’re ready for the next one.

Earlier in the run we worked with world renowned and award winning underwater photographer, Brian Skerry. While in Florida working with Jenny we learned that she has long admired him, and after recently meeting him, he has become one of her mentors! She was excited to hear that not only have we worked with Brian, but also Rebecca Wolff and Jody MacDonald. Clearly, we’re also big fans of the National Geographic Explorer team.

Also! Jenny got to see a turtle lay eggs for the first time! (We wont tell her how much that turtle charged in talent fees).